MICHAEL CZARNECKI ON THE POETIC ROAD TO CLOUDBURST

Michael Czarnecki is a poet, small press publisher, oral memoirist and encourager. He founded FootHills Publishing in 1986 and since then FootHills has published over 400 chapbooks and books of poetry. When FootHills was formed Michael committed to never using grant money to publish books. 26 plus years later he still holds onto that commitment. Nearly 18 years ago he gave up working a regular job and has since made his and his family's living entirely though creative work. Though poor in dollars, he is rich in life's experiences. 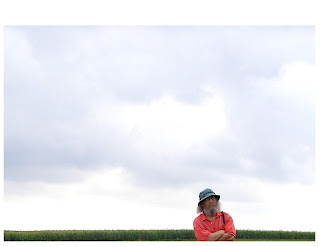 Michael lives on his 50 acre homestead, Wheeler Hill, in the northwest corner of the Susquehanna watershed, with his wife, Carolyn, and sons, Grayson, 21 and Chapin, 17  ( turning that on May 11, the start of Cloudburst.) They all are involved with the business of FootHills and the publishing would not be what it is without their contributions.

When not on Wheeler Hill, Michael is often out on the poetic road. Over the years he's traveled tens of thousands of miles across America on poetic tours. Twenty Days on Route 20 is a haibun account of a journey from Boston to Newport, OR on America's longest US Route. His recent books include Wheeler Hill (Benevolent Bird Press), Never Stop Asking for Poems and just released, In the Spirit of T'ao Ch'ien, American recluse poetry, also featuring Sam Hamill, David Budbill, Antler and Charlie Rossiter. 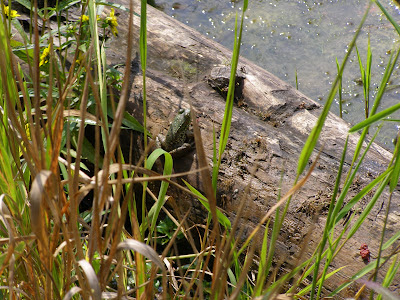 Monarch
wings by
lands on
goldenrod blossom
flutters off
a little farther south
while another
takes its place
lands on same stalk
a few seconds of rest
then it too flies off
while I stand
marveling at frail creatures
this last generation
born here, now turning
south, heading far, far
away to southern grounds
to continue this life journey
while I stand, contemplating
my life’s path for these
remaining years ahead
wondering how I’ll pass on
my life’s experience
to some watching bystander 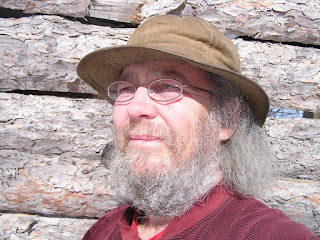 From In the Spirit of T'ao Ch'ien

Hilltop covered in thick fog
nearby trees barely in view.

No sunrise over eastern ridge
only slow lightening of sky.

Would you understand if I said
right here, the center of the world
Posted by Alan Casline at Friday, May 04, 2012