In ways seen and unseen Ken Warren has been instrumental to the beginning and continuation of the CLOUDBURST COUNCIL. Ken died in 2015 at age 63. He headed Lakewood Public Library for 25 years and made it the top library in the Country six years in a row.  He retired to start what he called "the life unlived". He was House Organ, a finely edited and amazingly punctual four times a year small press publication. He authored Captain Poetry's Sucker Punch: A Guide to the Homeric Punkhole 1980-2012.  His taste for poetry's living aspect allowed him to publish a variety of poets and once CLOUDBURST started some of them decided to spend the weekend with Ken and the rest of us for Friendship Among Poets. When I heard he died, I thought and I know spoke to John Roche wondering "Who will there be to set the agenda for poetry now?"  Ken had a way of seeing to the heart of things and wouldn't hesitate to suggest what you might want to do next. He was kind enough to also let me know I had sent him down a few paths he might not of found otherwise which is actually something I take as a great compliment to my work. Our conversations about the true economy of poetry are conversations I embrace. Among the hats that Ken wore, the small press publishing of House Organ was one I could understand. He was looking forward to the publishing of Issue number 100 of House Organ.  "There are so many little deaths who is to say which one is really dying". No Issue 100 of House Organ. No more conversations with Ken Warren.

Saturday morning May 14, 2016 at 9:30 PM  at the fifth CLOUDBURST COUNCIL we are meeting at the Gell Center main lodge building to hold a remembrance for Ken Warren. Either prepared or spontaneous tributes, stories, poems, recounting, art forms, all expressions welcome.
Here are some photos of Ken at various events. I am also posting my poem for Ken that I wrote last Spring. 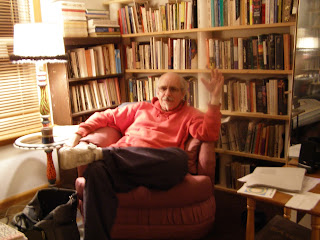 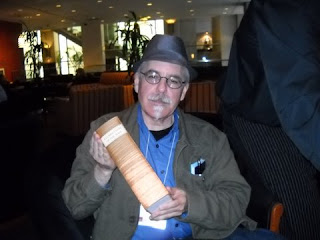 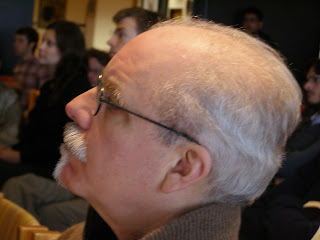 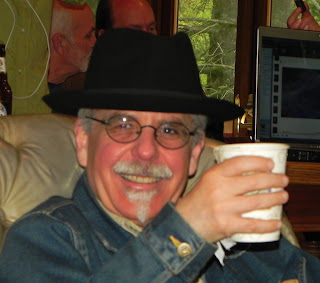 WHAT BOOK WILL NEVER BE REACHED FOR?
for Kenneth Warren

from the shelf tumbles dust

there is heaven and earth

Ontario become a dark ship in a lake of gods

your soul was as constant as the driven wind

it is a taking away, taken from us

the subject of poetry as you know too well

the evening cry of gulls

sunset below the pattern of storm

almost all the beats would be fine

in rhythm, but then there would be

a pause, a skip

I’d glance at you, eye to eye

and see the terrible aloneness

bury that thought as they now bury you

the rabbit in the moon

as tribute for rabbit’s sacrifice

of his life and substance

for the saving of others