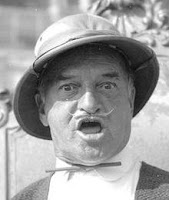 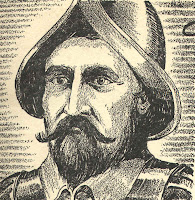 Stephen Baraban send this find to us interested readers of Haniel Long's prose poem concerning the journey and journal of Cabeza de Vaca. Not sure how many will know about Lord Buckley. I still have one of his records with my old records collection in the basement. Lord Buckley refers to Cabeza de Vaca as "the gasser" hence the title.
This address is for the words; you can also find the actual performance on YouTube

Here is  a You Tube address

Posted by Alan Casline at Wednesday, April 10, 2013 No comments:

Joe Napora remarks about distance, concealed weapons and one redwood.

Joe Napora sent three poems for the Cloudburst Council. Suggestion...you might read them. 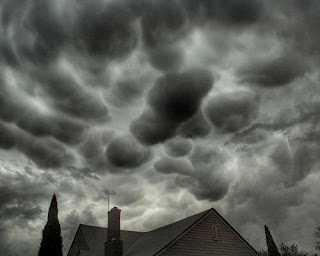 A few remarks about distance
for Mary Laird

As he records in his book
lonely Jack Kerouac
saunters through Ashland
looking for Walt Whitman’s
abode, not any house

no domicile but a haven
not a haunt nor
a haunted house
where ghosts refuge
from the open road,

he spies a woman
standing beneath the marquee
of the Paramount Theater.

It’s over seventy degrees
in my Kentucky town
along the Ohio River
on a January day that
should freeze the breath in
to short gasps of pain. Jack.
You are not on my mind.

It’s this eleven year old girl
who asked her  mother
to buy my book, a hand made
book of a long poem called
Snaketrain  Freightrain

and though it could reference
you and Neal and take me
along for the ride
it’s with Khlebnikov
Mayakovsky, Sandino
and the massacre of students
in Mexico City at the 1968
Olympics. What was it

that this girl read
at the table where Mary
was packing up her books
what did she find that
moved her to ask for
this poem for her birthday?

For the price of the book
she could have had an X-Box
an I-Phone, a couple pair
of running shoes
to take her on the road
from Los Angeles to Ashland
to stand below the sign
at the theater where
I would write a world
about her that would be
a home where she
could be safe, a place
where she can be
the Queen of Hearts

They locked
the Police State
in with us. –Jack Hirschman
“The June Stilts Arcane”
This and that.
His nd hat.
Is n at.
We stop and look
not from this
and then that
is what we see.
His hat. My god
how could we
you and me have
missed that?

It is a soldier’s cap
on the head of
a head of
a child.
The child who you
you just met
walking toward you
on the street.

They have interiorized
the terrorists.
Terror was no error.
It fit them as
as they say
to a T an error
purposely done
to keep us down
not out  not out
with each reach
of our desire to be
complete. Take that
child’s hand
take both and that
give him a ball cap
and maybe that
will keep him
from his gun.

One Redwood: the abc’s of money
for Jack Hirschman

a.  The pathology of accounting

“If you’ve see one redwood
you’ve seen them all.” He
never said that. He said
something much worse. A curse.

We live still
and restless and we die
in the long night
of dark money. Millionaires

of deviant schemes and
billionaires buy elections
the way we buy espresso
at Specs and Café Trieste.

He said, and it began with him
this rapid and rabid turn
against the poor, the young,
against the people who create wealth

with hands and heart. Against the artist
the poet. He said,
and he turned on you, us, he said
when my highschool friends

were playing cards and I think
Csaba was there, someone turned
on the television and he was there
pimping for laundry detergent  I said

that’s one scary son of a bitch,
he said,  “I mean, if you've looked
at a hundred thousand acres or so of trees—
you know, a tree is a tree, how many more

Judi Bari saw one and tried
to save them all. Reagan gave the EPA
to Lee Muller Thomas who became
the president of Georgia Pacific.

Sharon wrote the great poem
about this attempted assassination
of Judi and Daryl. She’ll drink
with us as we wait and watch.

The money grows
and goes to the 400 families who rule
over us, who stamp into “this Neruda earth”
their bloody booted Iron Heel.

At the gift shop I buy a baby
redwood, 6 inches now to grow
to 200 feet in some distant future.
Ronald Reagan is long dead

but his spore have spawned a multitude
of zombie politicians whose only goal
in this dead living is to transfer money
from us to their masters.

We accept as the nature of things
that the top 20% own 95% of the wealth
and create none. My tiny redwood
is the only one I can see now.  It

sits at my window where outside
three deer eat up the corn
Barbara leaves for them.  There is
a sadness in this side and out.

But when I return to San Francisco
and we walk and talk again
we’ll count the redwood rings
on display at Muir woods.

from us to them. We mark a big flag
at the Walmart ring: "Today the Walton family
own more wealth than the bottom
40 percent of America.”

I wanted a bumper sticker
that read I Hated George Bush
Before it was Cool. But now
I feel as square as the Congress

who follow Obama, rats chasing
the Pied Piper of Big Money.
We dance to another tune
but we know that soon

of themselves. The sleeping giant
rises with no illusion
as to who is the enemy.
The dirt under nails

they get only what
they deserve. And we
we get ours. Espresso.
I’ll buy. That banker serves.


bio:  Joe Napora, most distinctive achievement: over thirty five years of correspondence with Ken Warren. Former editor and publisher of BullHead. Most recent publications:Sentences and Bills : 1917;  and FINK; and The Daniel Boone Poems.

Email ThisBlogThis!Share to TwitterShare to FacebookShare to Pinterest
Labels: Joe Napora for Cloudburst.

into cane
over cottonmouth,
deep as mother midnight tears
before morning 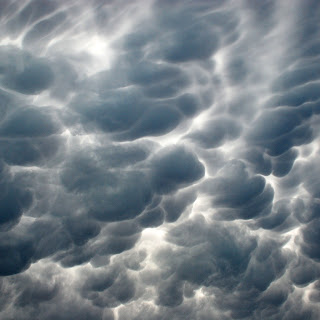 Paulette Swartzfager is a poet, freelance journalist, and activist originally from New Orleans, who moved to Rochester NY after Katrina. She is currently a lecturer in the University Writing Program a RIT. 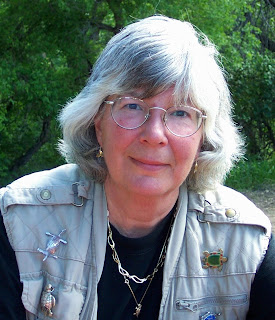 Karla Linn Merrifield's name came to me this year from three separate and seemingly unrelated sources.
That is when I start paying attention. She will be at Cloudburst this May. Haniel Long's Interlinear to Cabeza de Vaca tells the remarkable tale of Europeans stripped bare of all clothes and even the thoughts of their minds. Hundreds of people from one village guided them to the next where their services as healers were bartered for. The new villagers would repeat the pattern. It was one way to cross the continent.
Karla's poem (below) speaks of a much later time. What was the mission of the U.S. Army Expedition she mentions? Makes me think of trappers and their native wife's. Her second poem On Ice freezes us in her blue veins. The neighborhood ice is all gone here although another freeze is on the way. You find ice tucked under granite shelves in deep hollows, places of limited sunshine and cool air currents. I note Karla has a new book being published  The Ice Decides: Poems of Antarctica.
--- Alan Casline

My Seminole husband,
your guide, earned a pittance
and I earned

no thanks
for my crane liver stew,

no thanks
for mending mosquito netting,

no thanks
for salves to sooth
sunburn, sawgrass gashes,
and poisonwood rashes,

no thanks
for sucking cottonmouth venom
from puncture wounds,

no thanks
when you took my brown womanhood
by force.

I, Aw-won-aw Hoke-tee,
Willow-Tree Woman,
who once bent to white men, I say:
No thank you. 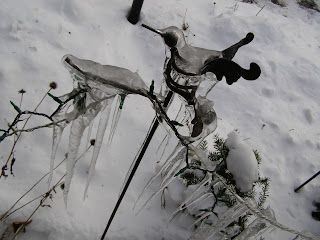 How did I come to have colorful ice
in my blue veins? Ice turquoise and
cerulean, violet ice, azure ice,
black, white and crystalline ice,
ice bottle-green and milky jade?
Was it slushy frazil ice
or the nilas—thinnest of ice sheets
that too quickly accrue
on a becalmed skin of sea?

The ice speaks in tongues,
slabs, beads, streams—entire
rivers of ice. The ice of Antarctica
bewitches granule by granule
between the pink toes of penguins,
beneath brown bellies of elephant seals.
All creatures do the ice’s bidding.
Karla Linn Merrifield

Karla Linn Merrifield has has nine books to her credit, the newest of which are Lithic Scatter and Other Poems (Mercury Heartlink) and The Ice Decides: Poems of Antarctica (Finishing Line Press). Forthcoming from Salmon Poetry is Athabaskan Fractal and Other Poems of the Far North, and from FootHills Publishing, Attaining Canopy: Amazon Poems. Her Godwit:  Poems of Canada (FootHills) She is assistant editor and poetry book reviewer for The Centrifugal Eye (www.centrifugaleye.com), a member of the board of directors of TallGrass Writers Guild, and a member of Just Poets (Rochester, NY) and the New Mexico State Poetry Society. Visit her blog, Vagabond Poet, at http://karlalinn.blogspot.com.

More videos will be added shortly, sorry for the delay. You can either play it above through the blog, or click this link to open it directly in youtube. 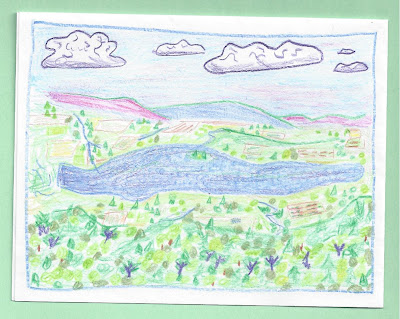 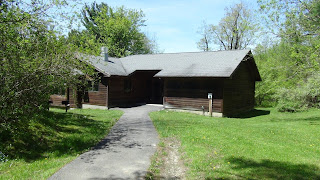